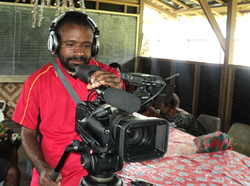 According to an earlier interview on the 23rd of August, Minister for Community Development, Religion and Youth Loujaya (Toni) Kousa said that once deposited, the PNG government and will more engaged and accountable as per the convention.

According to Ms Doko, the event was also witnessed by Acting Secretary, Anna Solomon with the Chairlady of the national disabled person’s organization, Papua New Guinea Assembly Disabled Persons (PNGADP), Ipul Powaseu and Adrian Winnie from the National Advisory Committee on Disability.

Ms Seko calls for more collaborative efforts to educate persons with disabilities on their rights so that they can come out and embrace the ratified UNCRPD and participate constructively in an inclusive – barrier free society.